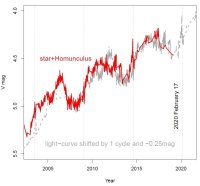 Eta Carinae is now so bright that its 400-year long history of photometry risks being interrupted. Ironically, this could happen in a phase when we finally can see the central stars almost un-obscured. Very few CCD observers today are able to continue this historical monitoring since the star saturates with 1 sec exposure time even using small aperture telescopes. 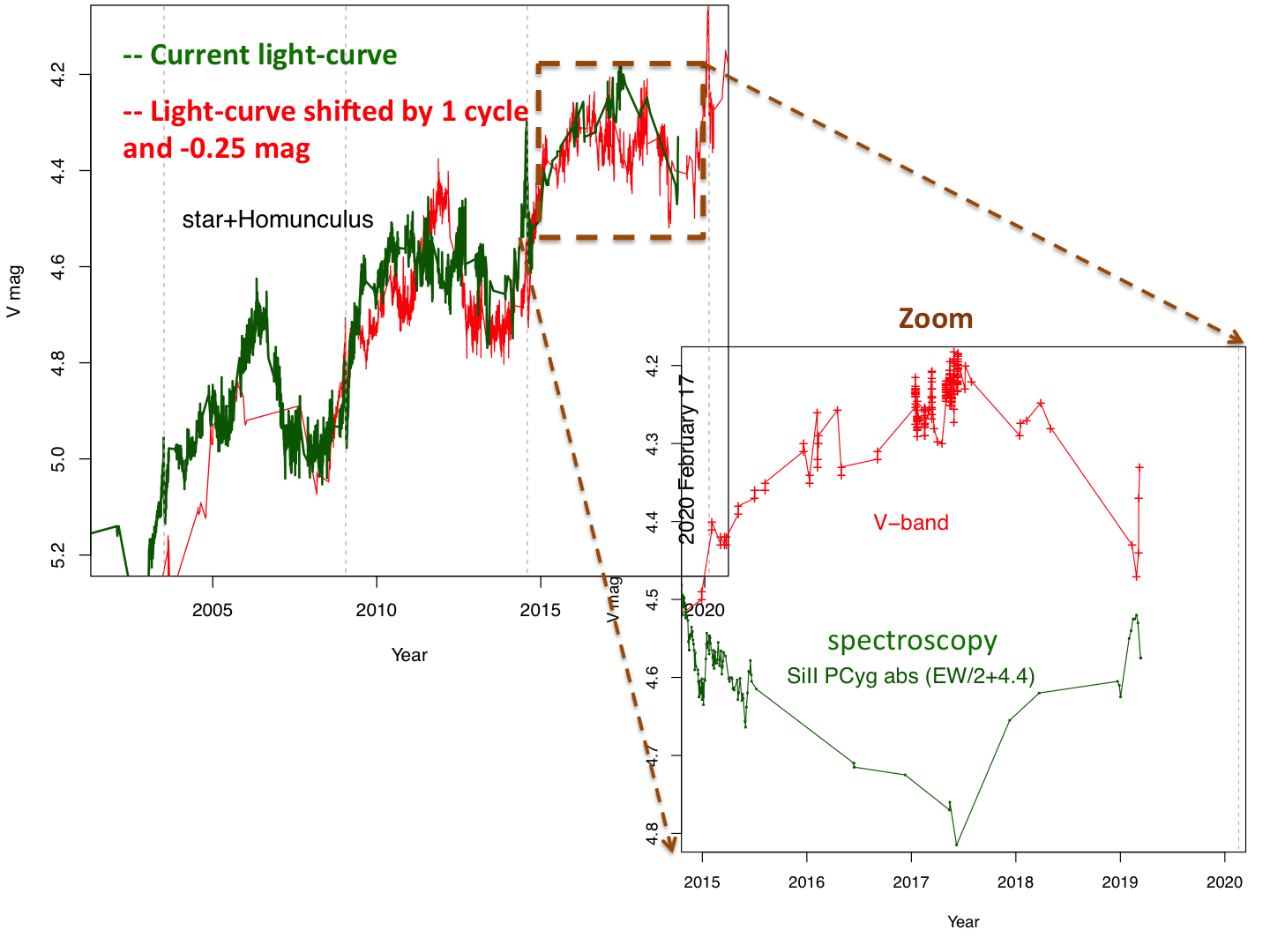 The second major feature in the eta’s light-curve is the Orbital Modulation. It has an amplitude of ΔV~0.3 and is strictly periodic (P=2023d or 5.538yr, the orbital period of the companion star). It is caused by the distorted shape of the primary’s stellar wind as it rotates. The distortion is shaped by the cavity produced by the wind-wind collision (see Figure 2).

Observing the system up to the next maximum of the Orbital Modulation (early 2021) is crucial to obtain data for a 3D model of such an interesting mechanism. 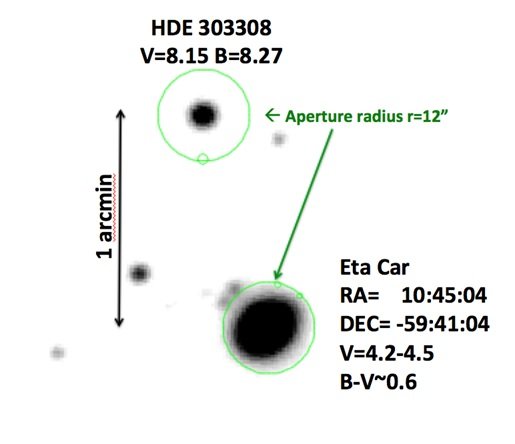 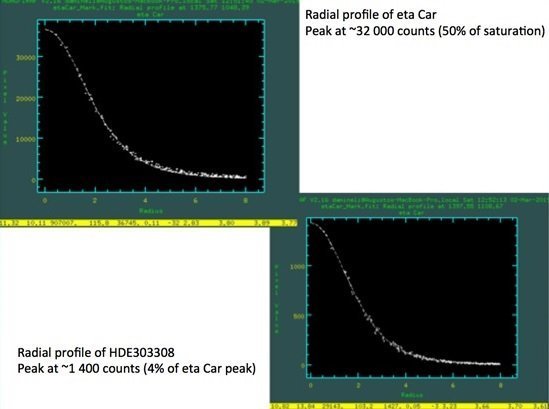 Figure 4 – Relative intensity of eta Car and its comparison star.

Ways to reduce the flux

Many CCD cameras have shutters that open circularly causing the illumination to decrease radially. The non-uniformity is negligible for exposures >5 secs. The effect can be minimized by pointing the telescope to a coordinate in between the variable and comparison stars so they are affected by the same amount. Augusto suggests:

If you wish to participate in this campaign, please contact Mark Blackford (markgblackford@outlook.com).